Another early season big race is the annual Cambridge vs Oxford track varsity match, a day where quality athletics and the current strength of Oxbridge distance running was showcased. In this competition the Blues (1st team) and Alvers/alligators (2nd team) having two athletes in each race, against 2 oxford runners tactics often play a role, but the least windy conditions the Wilby road has ever experienced lead to hopes for some fast times.

The day kicked off with two open 3000m races (due to high demand this is now two races). The B race was won by Lawrence Hollom who slowly wound up the race to finish in 9:44. The A race saw relatively steady start until 800 to go when JEP decided it was time to get running and kicked home closing the last 2 laps in 2:15 to finish in 8:45. 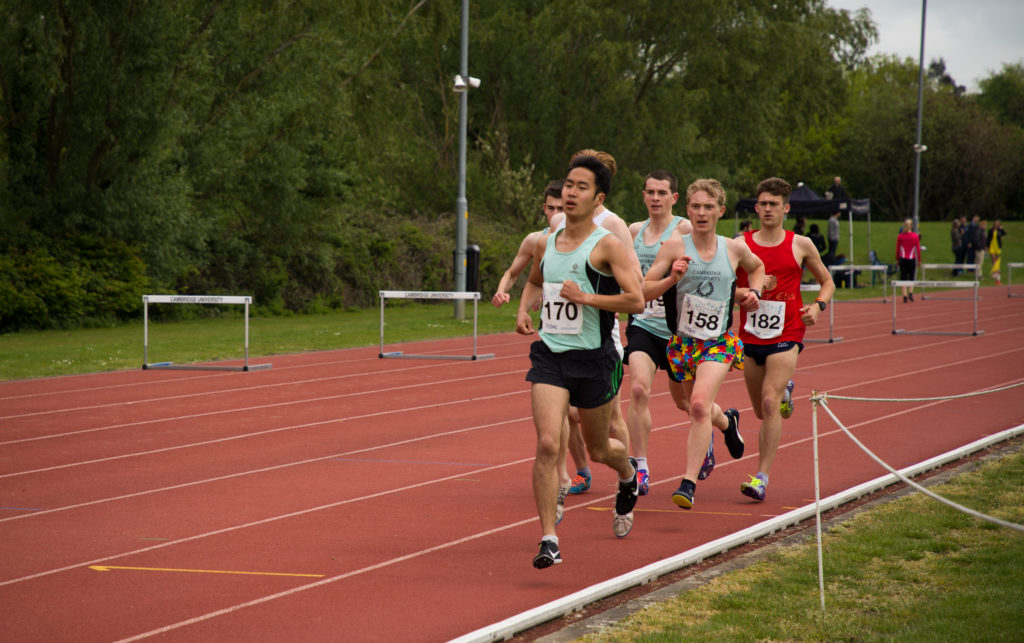 The 800m saw Harry Cox run a PB in an extremely close Blues race with Pete Cameron not far behind. 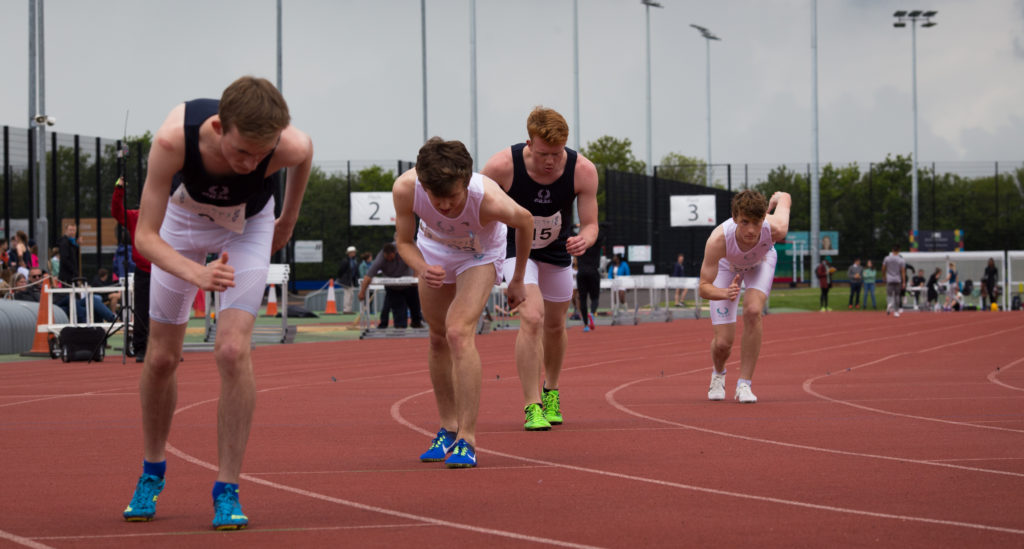 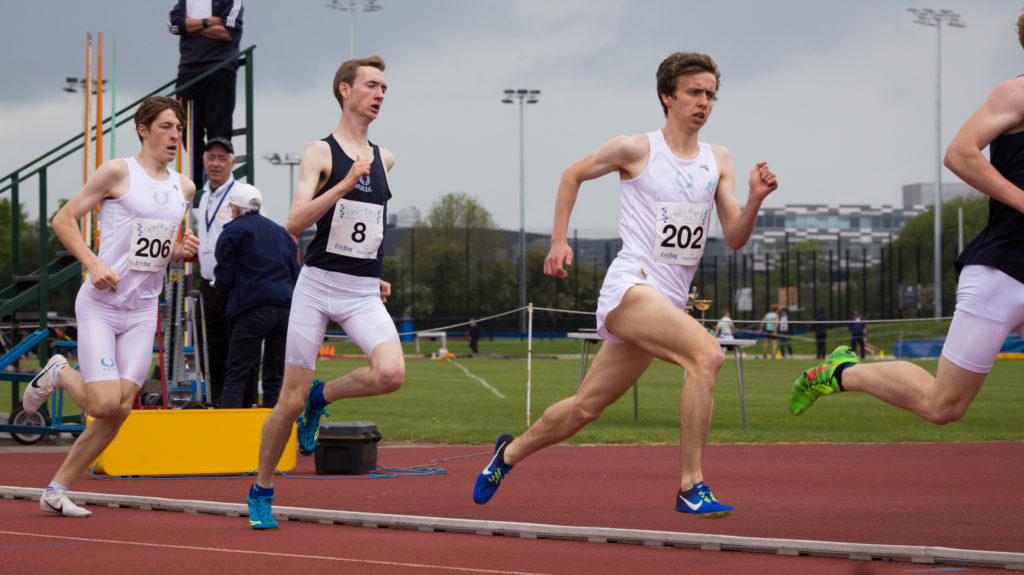 Niamh Bridson Hubbard gave us a series of lessons in the art of the sit-and-kick showing that being injured is no excuse for not winning, resulting in double wins of the 800 and 1500m Seconds races. 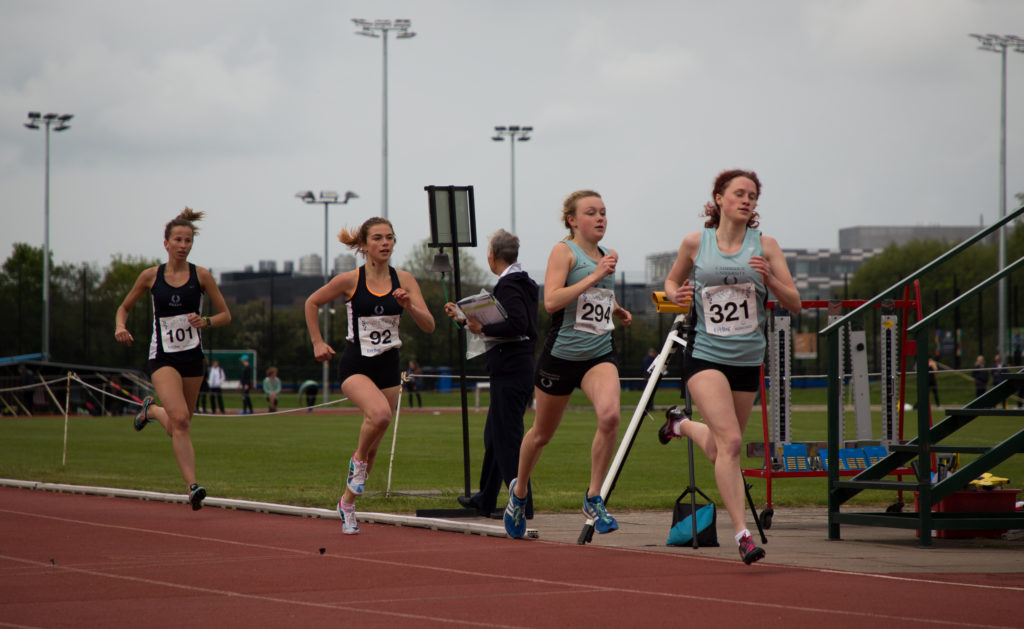 Phoebe Barker ran very well to finish third in the Blues 1500m, a race taken out and demolished by Izzy Dye. 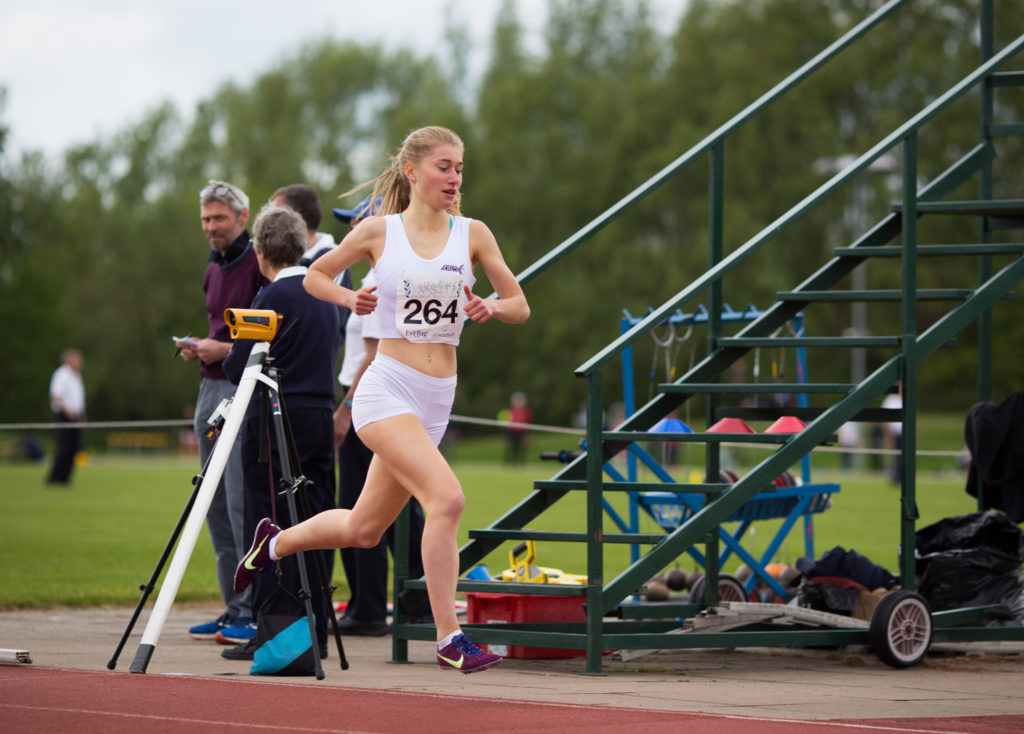 Aidan Rigby PBed on his way to second in the 1500m Seconds with Tom Goudling finishing in 4:20 after valiantly doing the work on the front for the first two laps. 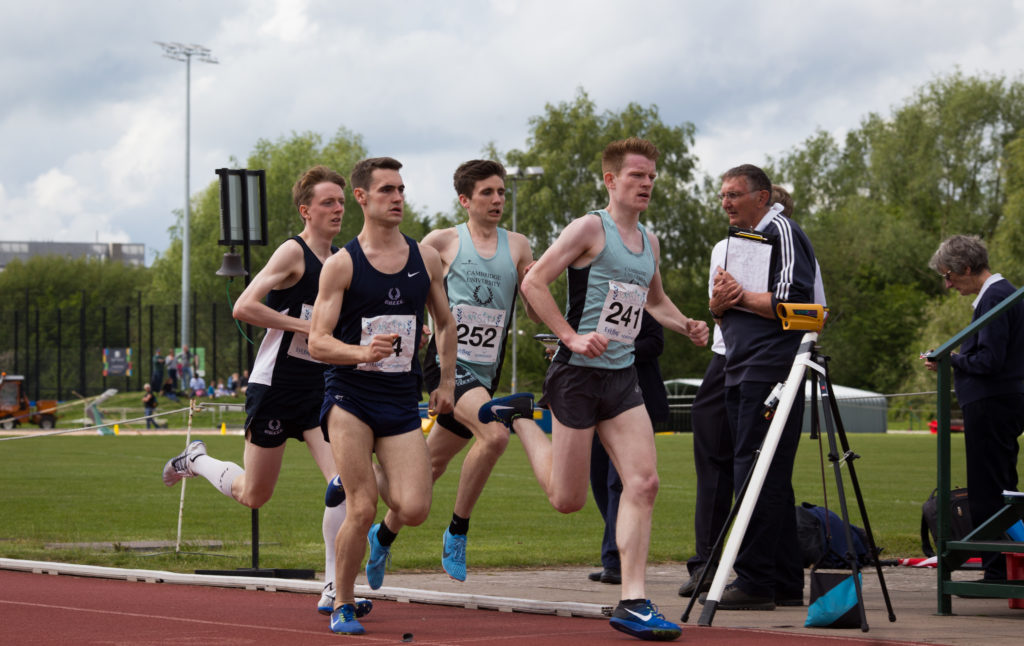 Jeremy Dempsey and James Coxon enacted their race plan to perfection in the 1500m Blues with James taking it out very hard and Jeremy storming through to victory, showing that Oxford talisman Alex Gruen is not unbeatable after all. 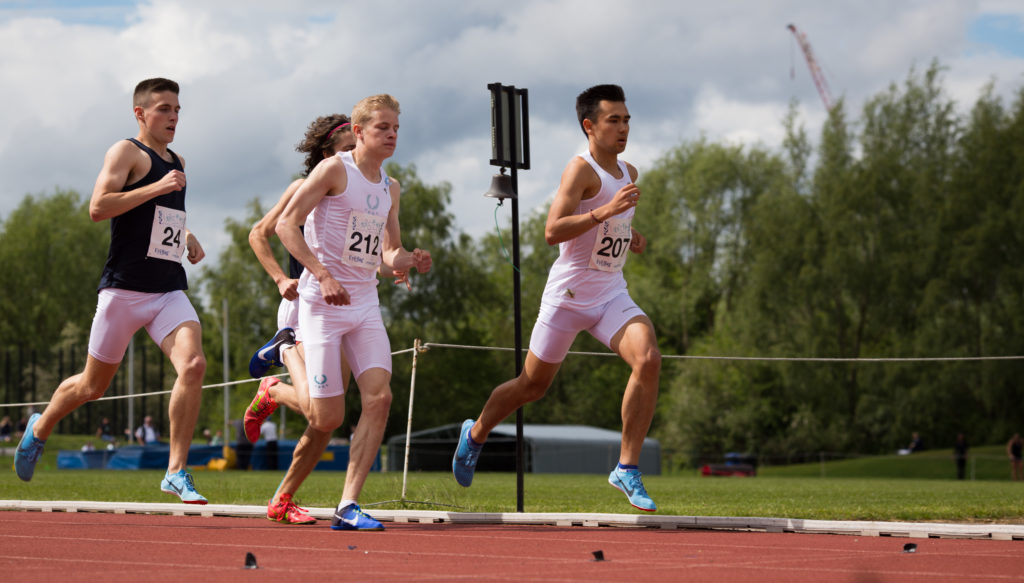 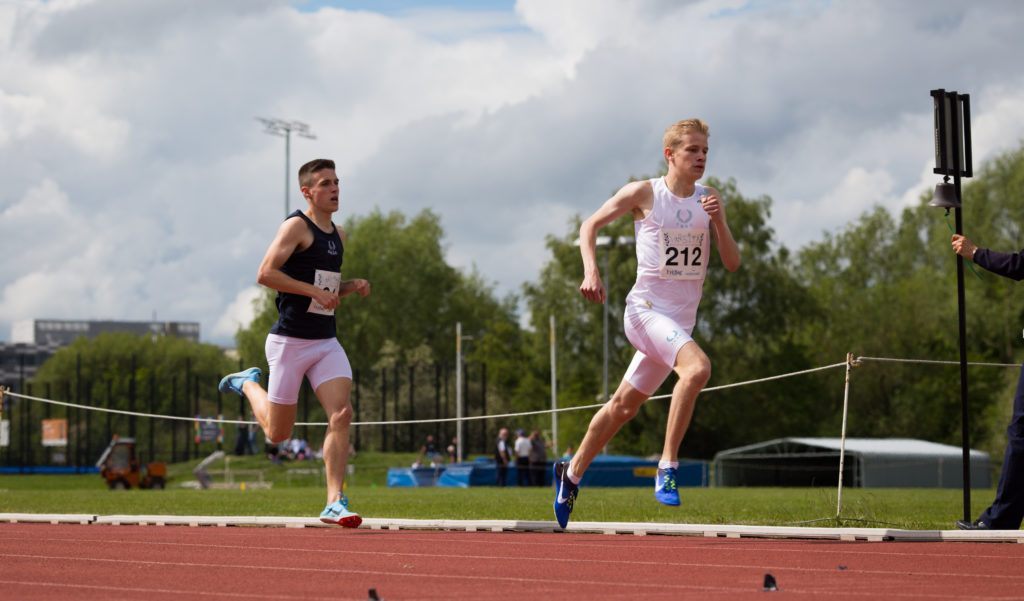 In the men’s steeplechase we had four well paced races from Paul Pruzina, Matt Harris (PB), Max Robertson (PB) and Tom Kearns (who had been practising his aqua jogging especially for the event). 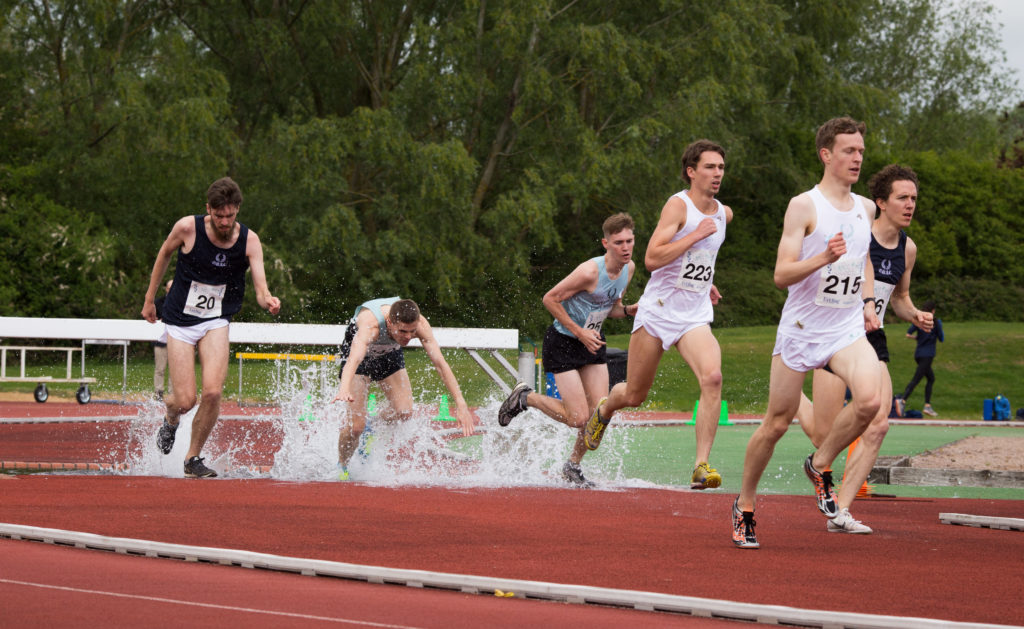 Nancy Scott decided to leave nothing to chance in the Blues steeple and proceeded to hammer it on her own all the way to victory (7:00.7 PB). Fiona Bunn showed that she does have a mighty sprint finish to make it 1-2, and Joni Wildman (PB) and Veronica Bonifacio ran hard in the seconds race after last minute call ups. 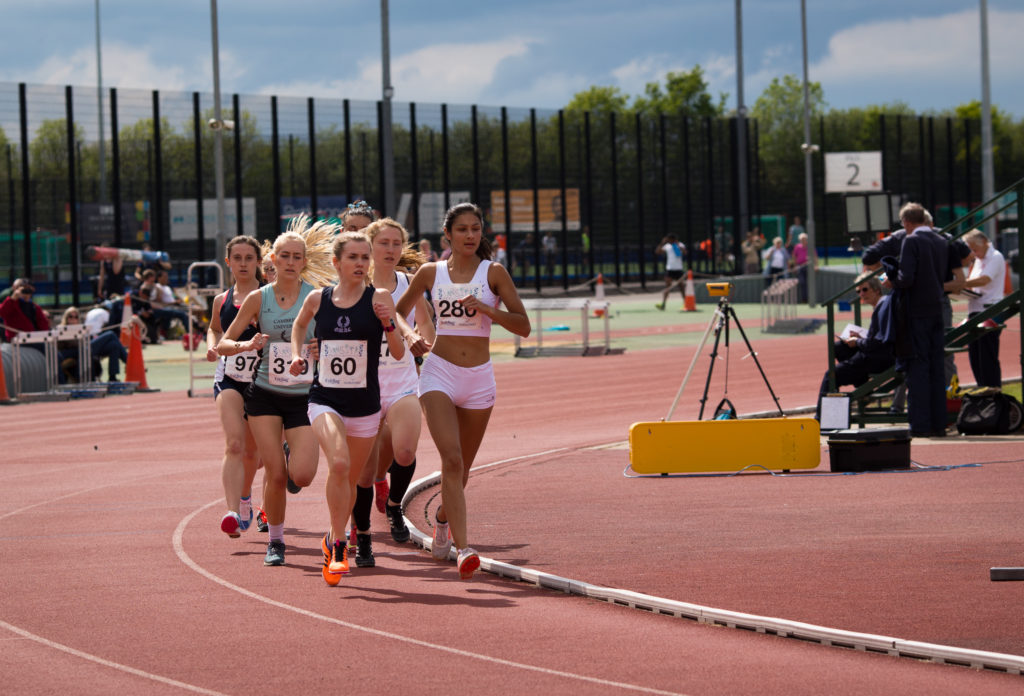 Also answering a late call up was Rosie Mutsaars in the Seconds 5k, running a PB of 20:31. Becca Frake got her tactics spot on to win that race, and Emily Ruane and Lauren Major had very hard fought tactical races in the Blues finishing 2nd and 4th respectively.

The men’s 5k was an almighty contest between the strongest Oxford and Cambridge teams for years. After trawling through the Achilles Club records of Varsity Matches I have not been able to find a 5k that came anywhere near the depth of this one. We knew it was going to be fast, but when Oliver Fox and Phill Crout hit the front, started splitting 67s laps and exchanged the lead like boxers exchange blows it was clear it was going to be a memorable contest. Right until the final lap it was either of theirs to win, with Fox ultimately coming through to victory in 14:11.8 and Crout in 14:18.8. Behind them another battle was being fought for the Seconds race with Will Ryle-Hodges (14:34.2) taking it in the final 200m from Millar of Oxford with the man of the hour Paul Aste just behind in 14:37.8 (PB by 14s and a total of 36s taken off his PB this year). All three broke the previous Seconds match record, and with Hurton of Oxford rounding off the race in 14:52 I wonder how many years it will be until we have all 8 runners sub-15 minutes again. 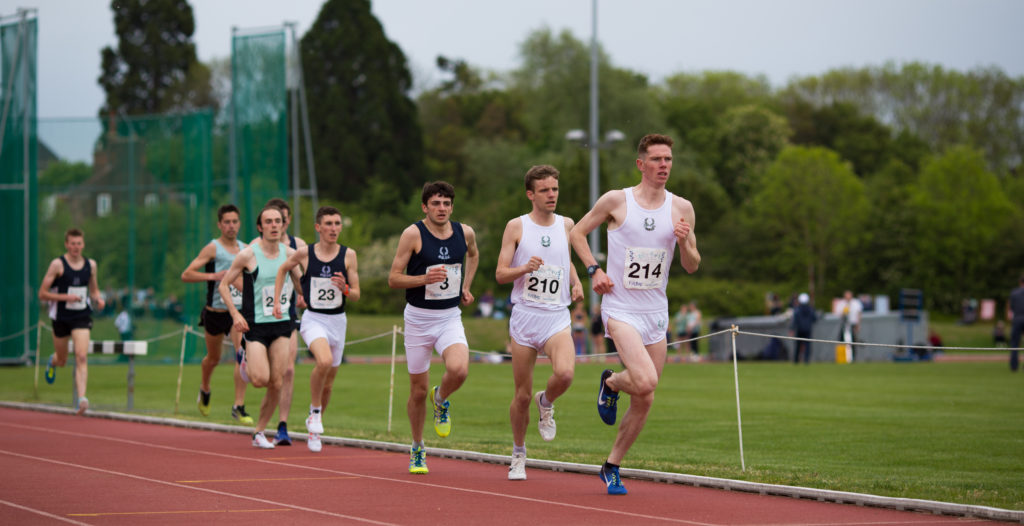 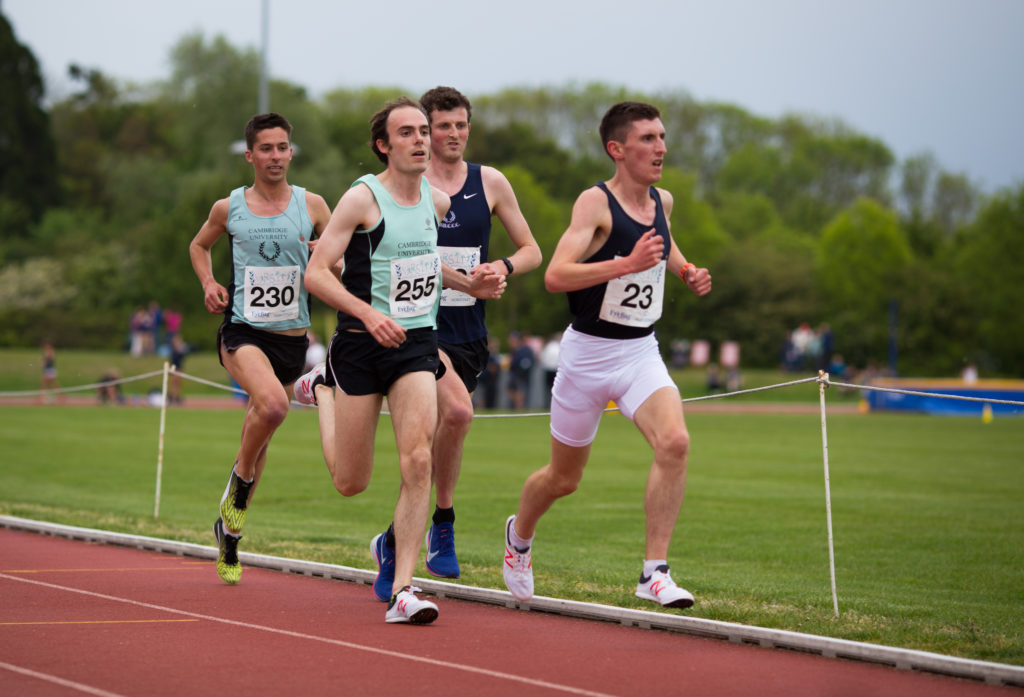 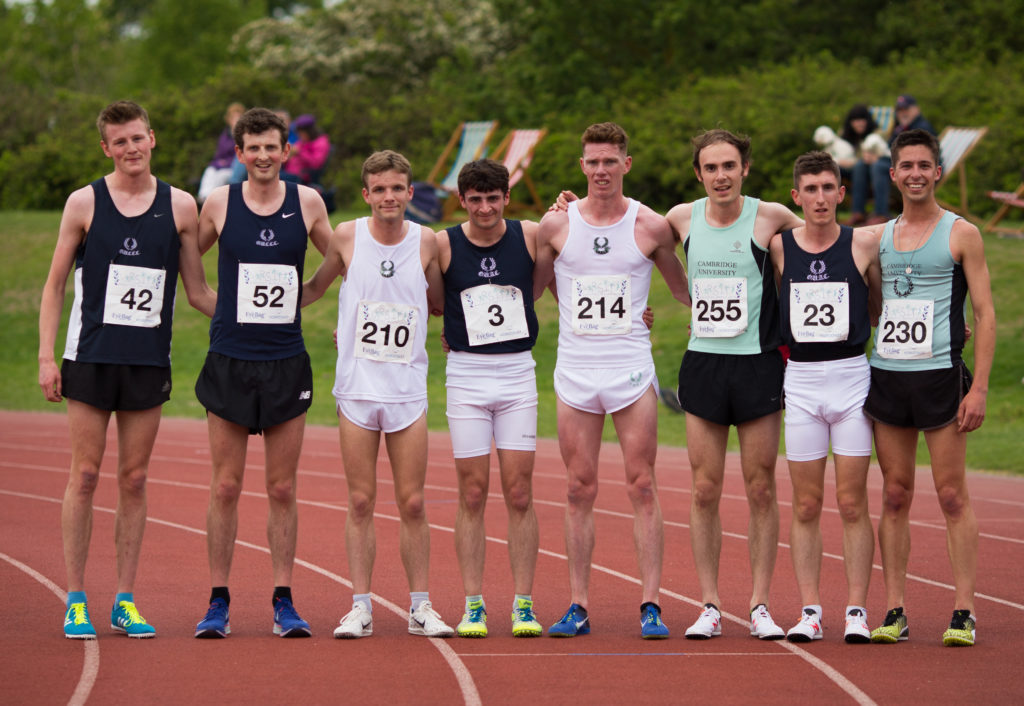