After spending many hours studying Power of 10, Joe knew everything about every CUH&H member before anyone knew 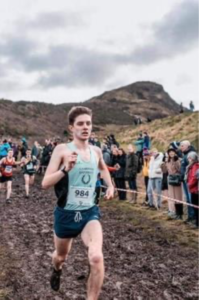 anything about him. Since then, in the three years Joe has spent here, part of this has very much changed as he is now well known and loved by everyone. However, his hours spent stalking are still a constant that takes second place to his degree…

As an engineer and man of many talents, Joe has many tools in his toolbox (that even contains a sock in recognition for making up half of the ‘Tool of the Year’ prize – ask Emily Ruane for clarification) that he can use in his role as Club Captain. These have been polished and sharpened over the last two years in his role as Transport Secretary. Under his management, not a single bus failed to turn up and all travel ran smoothly. He then expanded his transport repertoire by forming the ‘Mass Train’ for his Captaincy campaign. In March this arrived at the Adrian Seminar Room and the rest of the Club embarked to begin the reign of King Mass.

As an excellent athlete, Joe also physically leads from the front. He has competed in the Blues’ Match every year and regularly leads his train around Churchill on Tuesday afternoons, and an elite First Class carriage around West Cam on Sunday mornings. He is of such high calibre that every second makes a difference; hence he is a proud owner of Nike 4%s (which also make excellent date footwear…) and a speedsuit.

I would say to put your hands together for Mr Massingham, however, his skill in this department is better than anyone else’s and so this is an activity reserved only for the man himself. 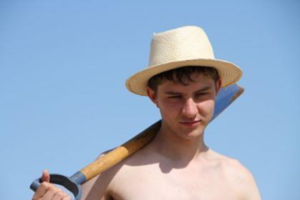