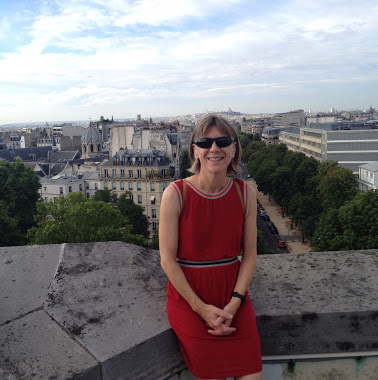 Joan Lasenby is currently a professor in the Signal Processing Group of the CU Engineering Department and a Fellow of Trinity College. Her research is mainly in the fields of image processing, computer vision and computer graphics, with particular emphasis on optical motion capture and analysis of 3D motion. She is an ex-Blue in cross country, twice winning the Varsity Match, and also athletics, having captained CUH&H way back in 1980. She still competes, but these days mainly against the old ladies. 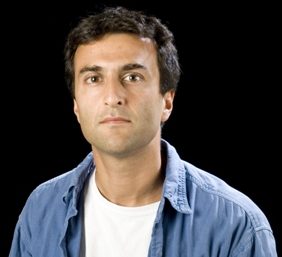 Neil has been with the club since 1996, and does the Sunday morning run more often than not. He has run a few marathons (see right), but his greatest achievement with CUH&H was to meet the inaugural 100-point challenge on September Training Camp 2003. He is in the Department of Materials Science, and a Fellow at Churchill College, where he did his degree and PhD in Physics. His research group studies materials that display notable electrical and magnetic properties.

This page shows the profiles of the senior members of the committee who you may see around from time to time. If you are interested in the junior
members, please click here.

Josh first got involved with the Hare and Hounds at FFR in 2012 as part of the infamous intake that year. He quickly became involved with the wide variety of club antics and built up a reputation as ‘one of life’s winners’.First appearing on committee as Boundary Run Officer, the 2014 event went down in history for the notable accomplishment that ‘no one died’, this was followed by (alumni officer and then) club captaincy in 2015-16 where TNTs and Chill Prout dampened the blow of losing varsity xc. After a brief interlude involving visions of mudless American xc, Josh has returned to Cambridge (with a job!) to enjoy the continued conditioning (read: beatings) British xc has to offer him, and hopes the dividends will pay out come track season.Varsity Match Progression: Spartans in ’12 and ’13 then 11th (’14) and 7th (’15) on the Common

Polly splashed into her Hare & Hounds era from the gun with a win in the Blues Varsity XC Match as a fresher. During her 7 years of undergraduate and PhD in Chem Eng, her blood ran light blue and muddy, wearing the Blues vest on the Common the maximum of 4 times, as well as holding multiple CUH&H committee positions, including Women’s Captain twice (and proud editor of the Tabtastic Times on its resurrection). She also relished splashing up the track, with a Blue and several Varsity match wins in the steeplechase, as well as a BUCS medal and an England title.

6 years away from the ‘bridge saw Polly wearing the best UK club vest of Nuneaton Harriers, enjoying a fair amount of success on the cross and the roads, including a 2:49 marathon to her name. Other notable achievements include winning the Isle of Man Easter Festival, being the current European Beer Mile record holder.

Since moving back to Cambridge in 2020, a constant battle with injury has marred Polly’s recent running, so she’s dipping her toes in the world of coaching, and hoping she can still run at least a mile with four beers en route!”

Iain Davies is a club stalwart. He has many achievements in running, with the main one being that he is actually able to run (as of May 2022). A 3:52 1500m and low 15s 5k highschooler, the boy has pedigree and talent. Despite an unfortunately niggly time at Cambridge thus far, he has still made his mark on the varsity match with strong finishes in the 2nds and 3rds match in his early years. Despite his age, will 2022 be the year he finally runs the Blues match? Iain’s own Maths says yes. He has also shared lifts with Olympian Andy Butchart who later winked in acknowledgement of Iain before the start of his diamond league. If that’s not Vice-President material, I don’t know what is.

After sampling many of the committee roles over the years, 2020-21 Club Captain and more notably ex transport sec Joseph Massingham returns to the committee as a vice president, bringing a wealth of wisdom from his five harey years. Specialising in the 5000 in the summer months he has multiple varsity athletics victories under his belt, however his true talents lie in floating over muddy Wimbledon Common cross-country courses and wrist dexterity. As a member of the current harey house Joe takes the only-socialising-with-other-runners rule seriously, suffering from far too much fomo to ever miss a harey social. He is currently completing his PhD in the Engineering Department with three more years of running, sorry studying, ahead of him.