Jamie Edgerton is a man of many talents. So many that on September Training Camp 2019 he was crowned co-winner of the inaugural Harey’s Got Talent for a heart-wrenching rendition of Hiphopopotamus vs Rhymenocerous (his cowinners were later found to hold positions on the judging panel and so have since been struck from the record). Alongside his musical abilities, Jamie can make nature’s elements do what he wants, is as supple as a leopard, and can recite the entirety of Line of Duty series 1. There was a mysterious time in Jamie’s Cambridge life before he became a Harey – rumours abound that he played something called ho-kee? – but he has since found the way of miles, mud and much-too-short-shorts, and has turned out to be really quite good at it. Following a breakout run in IIs Varsity 2019 he was called up to run the Blues Match just a week later due to an injury in the team and excelled himself over the rough terrain of Wimbledon Common. With many more years of a PhD to go, there will be plenty of stellar performances still to come. Taking on the role of Treasurer this year, he has experience in spending large amounts of money whenever he needs a new Bunsen burner in the Chemistry department and is sure to keep the club finances safe and sound. Jamie leads a busy schedule, but you can reliably catch him at an ungodly early hour aquajogging with the slow lane grannies at Parkside. 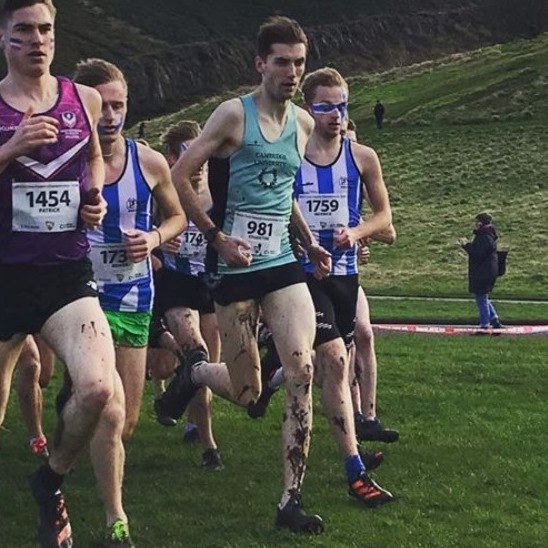