With memories of very soggy train journeys back to cambridge from the met league race last year, this years athletes arrived at Stanborough Park prepared for the worst (or best for some) cross country conditions; this year we were even equipped with a gazebo (fancy, I know). In the end the day proved to be a bit of a damp one at worst with the weather providing an exciting course for the runners.
The women’s race was, for the first time, the same length as the men’s at 7.8km and took the competitors through fast woodland areas, steep accents and a lengthy off camber section. In a sign of rapidly improving form, after a summer spent competing internationally in orienteering, Fiona was our first Harey home taking 4th place after a sprint finish in a very large field of women. Finishing just minutes later was the club’s Grace Miles leading Heather Corden in 33rd and 36th place respectively. Libby, after competing at the 400m in track just the week before, achieved 54th place as she climbed the field throughout the race, proving herself as a multidisciplinary runner. This longer distance was also no issue for Izzy, Izzi, Leah and Sam who all ran really well with this race being the first (hopefully of many) XC races for Sam. 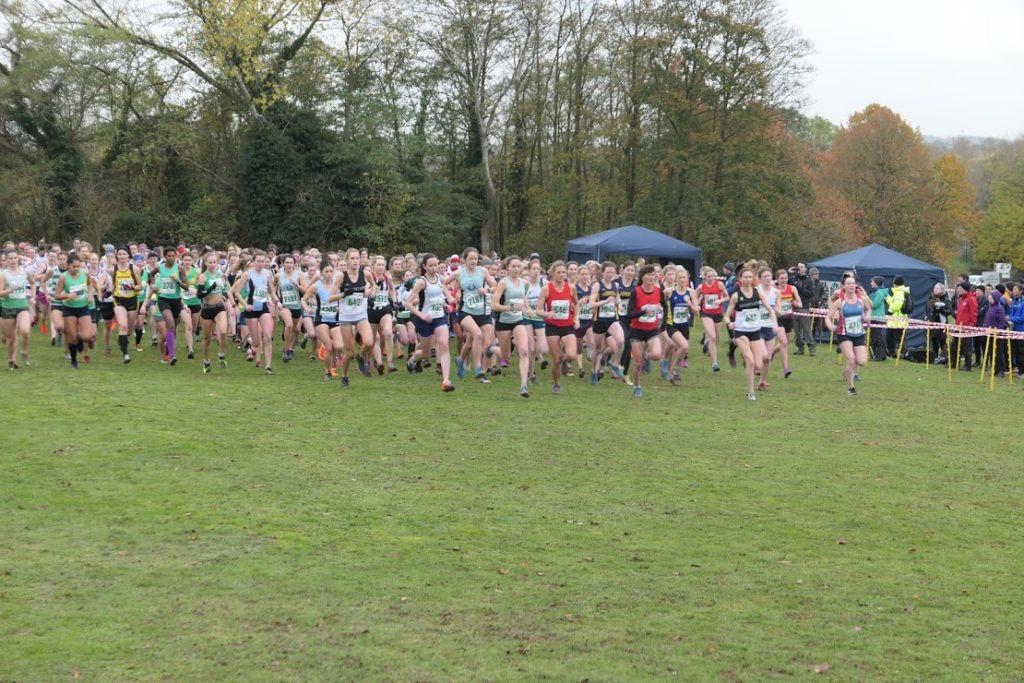 In the mens race, again 7.8km, Jeremy Dempsey finished first from Cambridge University in overall 4th place out of a vast field of over 500 athletes, literally just one second from obtaining a spot on the podium. We had a return to the XC scene from George Gathercole who placed and a debut to XC from Ed. Lawrence Hollom engaged in a 5 man sprint finish and went home with a very respectable 17th place. Our men’s team finished with numerous top 100 finishers and everybody ran well, especially in the mud and drizzle that is almost guaranteed at MET league.

Despite the cold drizzle the club showed enthusiasm and it was so pleasing to see more freshers getting involved in XC and so many of our athletes running with such strength and improved fitness that will carry them through the rest of the muddy season ahead.