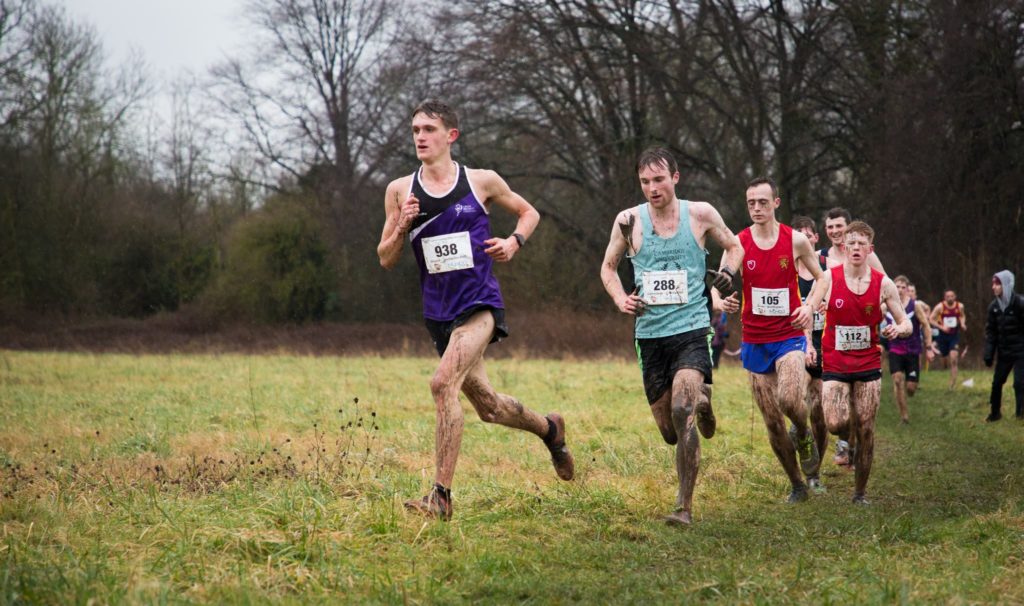 At the 2018 BUCS Cross Country Championships, the CUH&H Men’s A team managed a glorious surpassing of their 2017 bronze, to secure a silver medal. Held at Hillingdon Farm, Brunel University, thousands of runners from all over the UK descended upon an extremely muddy, and at points sharply undulating route. Course features including a river crossing and fell- like climb up an old dry-ski slope, engineered a tactical race designed to simulate the World University Champs in Switzerland later in the year. It was clear on inspection that both strength through mud and the clinical nerve required to not get caught up in the rapid early pace, would be the key to success.

The women’s squad were first up and also performed strongly with a wonderful 25 girls racing. Bouncing back from recent injury, Niamh Bridson Hubbard continued to demonstrate her ‘top drawer’ ability, leading home the CUH&H ladies at 35th. Double CUH&H/CUAC Blue Ruby Woolfe crossed the line as the second scorer, moving through the field strategically to finish 46th. Captain Lizzy Aspley battled with 5th year Lauren Major to remain the third scorer, each runner 58th and 59th respectively. Returning from illness, 2016 Varsity champion Emily Ruane ran tactically to finish 61st. Rachel Longstaff led the rest of the 2017 Blues across the line in 68th, with Rebecca Frake and Nancy Scott, both inside the top 80. As a combined team, the Harey women continued to show strength and depth, with a total twelve Cambridge runners finishing in the top 150 in a field of over 700. 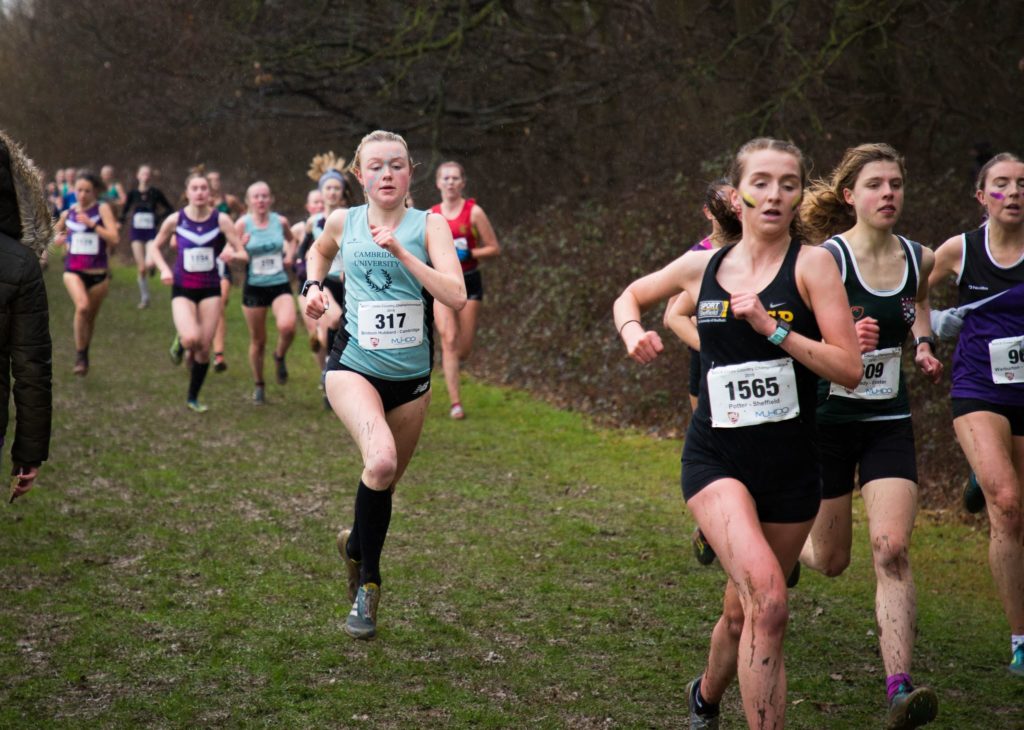 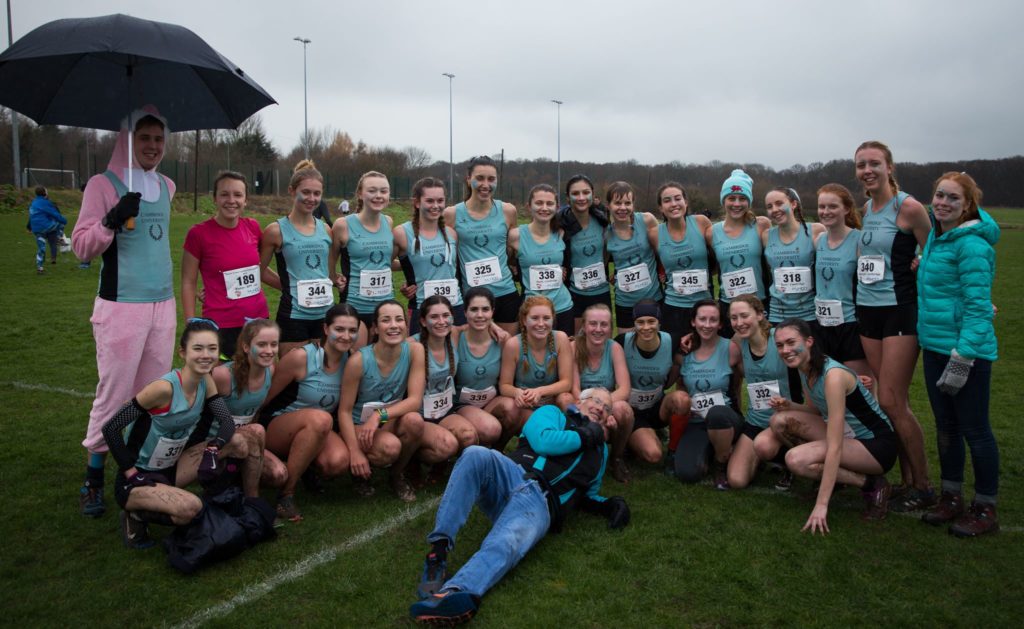 In the men’s race the team of six, captained by MacGregor Cox and consisting of Norman Shreeve, Will Ryle-Hodges, Oliver Fox, George Gathercole and Phil Crout, delivered a faultless performance, with all six team men placing in the top 30. As the top returners from last year’s bronze medal winning team, Fox and Gathercole’s responsibility to secure positions at the front was clear to everyone, if not the terrifyingly relaxed medic duo. A brilliant 8th and 11th was precisely where both gentlemen needed to be, showing no fear and establishing themselves amongst the front pack, alongside class international runners. Ryle-Hodges followed close behind, placing at an impressive 16th. Crout at 19th, (20 positions ahead of his 2017 performance) closed the scoring four for the men’s A. Cox barrelled in in 21st having run most of the distance with Shreeve in tow. With the 6th man in in 29th Cambridge, were the first complete team home. 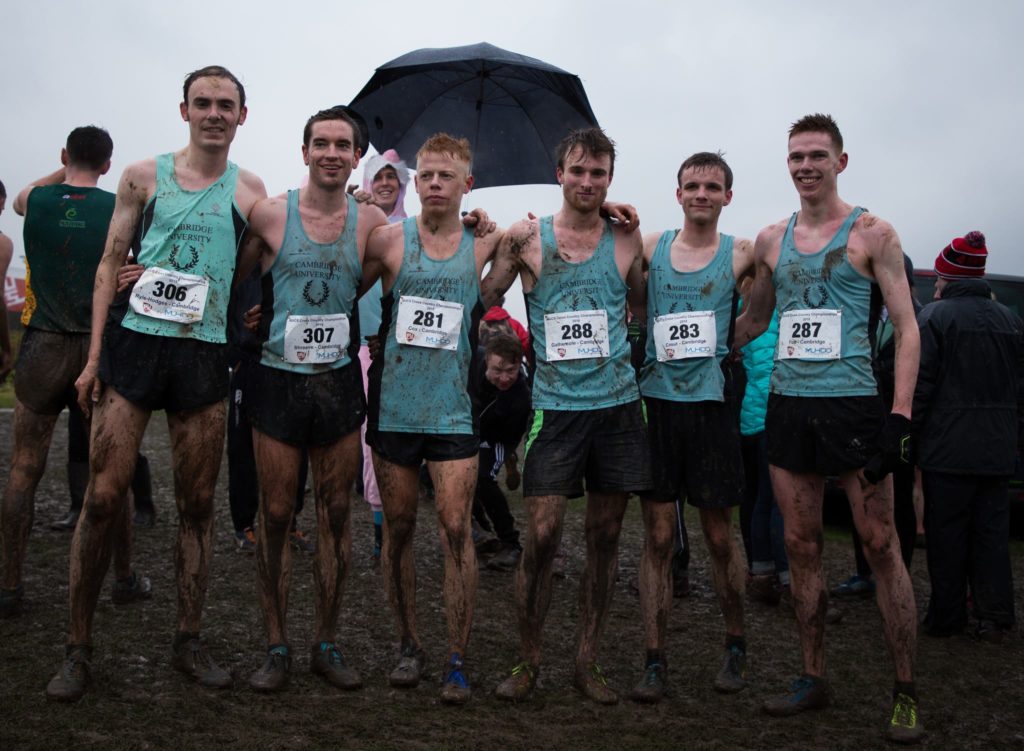 The race for medals was becoming nail-bitingly close, with St. Mary’s, Oxford and Imperial athletes also packing out the front of the race. The sickening feeling of a rumoured Bronze was felt by all the Hareys who followed the A- race runners whilst frantically attempting to calculate live team scores. But with drama at the last, in the form of an administrative error from Longborough resulted in a promotion to silver, at the same time dragging up our dark blue rivals to 3rd. After a narrow defeat at last term’s Varsity Cross Country, a BUCS silver medal and beating Oxford in the process was the best result that the team could’ve hoped for. 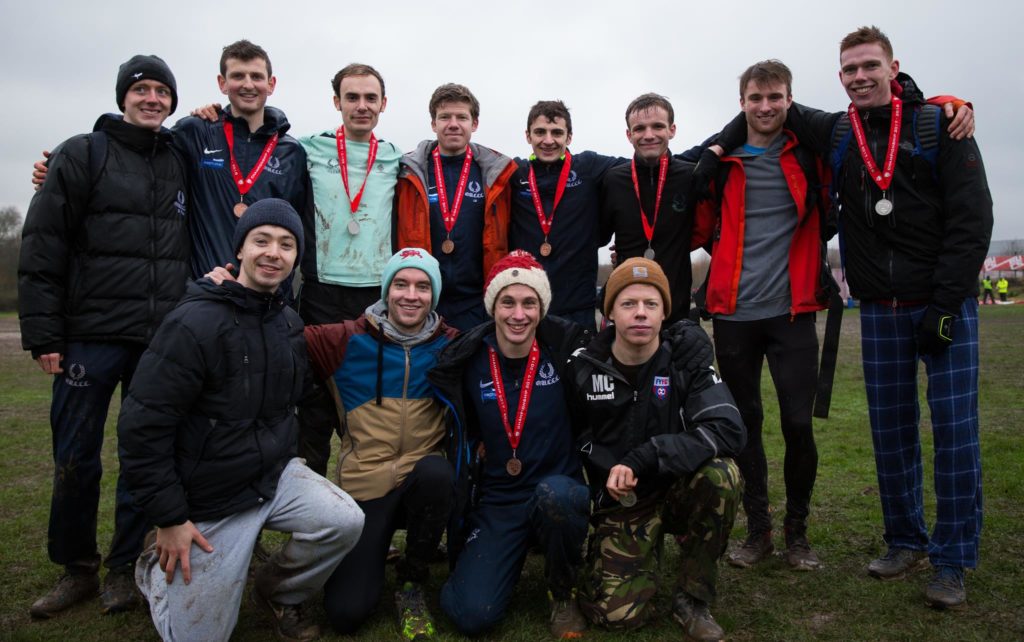 On a course now flooded and ploughed out of recognition the rest of the Cambridge men featured in the Men’s Short Race (B race.) Fresher Joe Massingham started strongly, despites please from his captain to slow down, with hopes of a high- placed finish off the back of his 2017 Blues team debut. After racing with the front group and holding off attacks from behind, he led home the B team in at 9th, followed by a flying Luke Fisher at 19th, racing one of his best individual performances to date. James Coxon and Aidian Rigby battled strongly through the field to cross the line in 21st and 30th place respectively. Despite recent injury and illness, Blues runner Paul Aste did not let the by now soggy marshland get the better of him, and finished in a respectable 32nd. The B team race was also graced with the presence of many old faces, who despite now existing beyond the bubble, where unable to refuse the delights of one last BUCS XC, and joined in the mayhem alongside their old team mates. 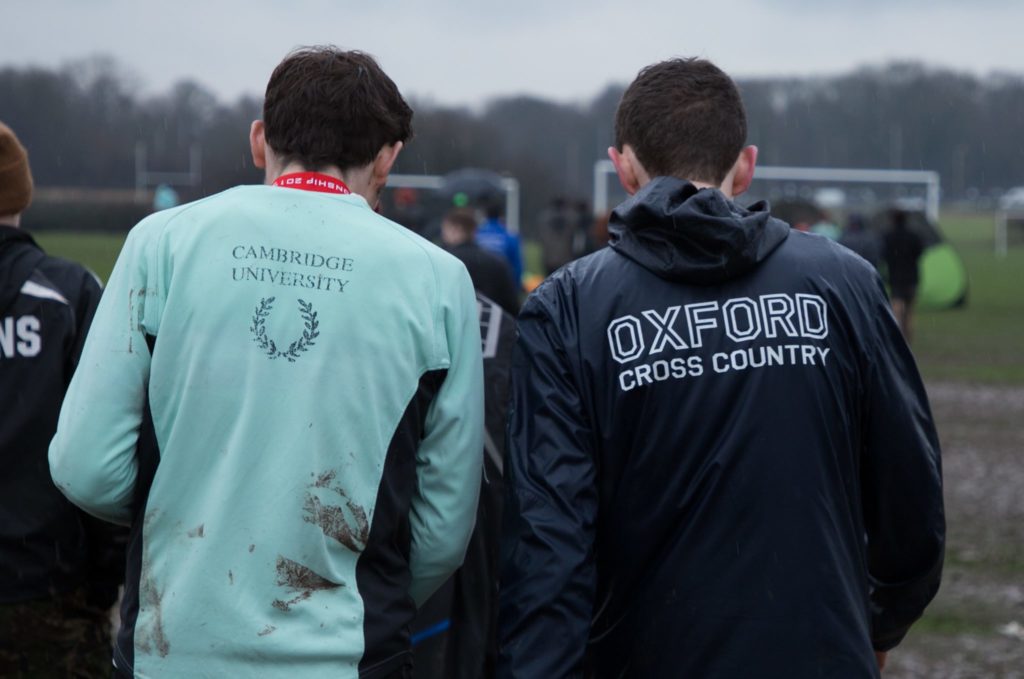