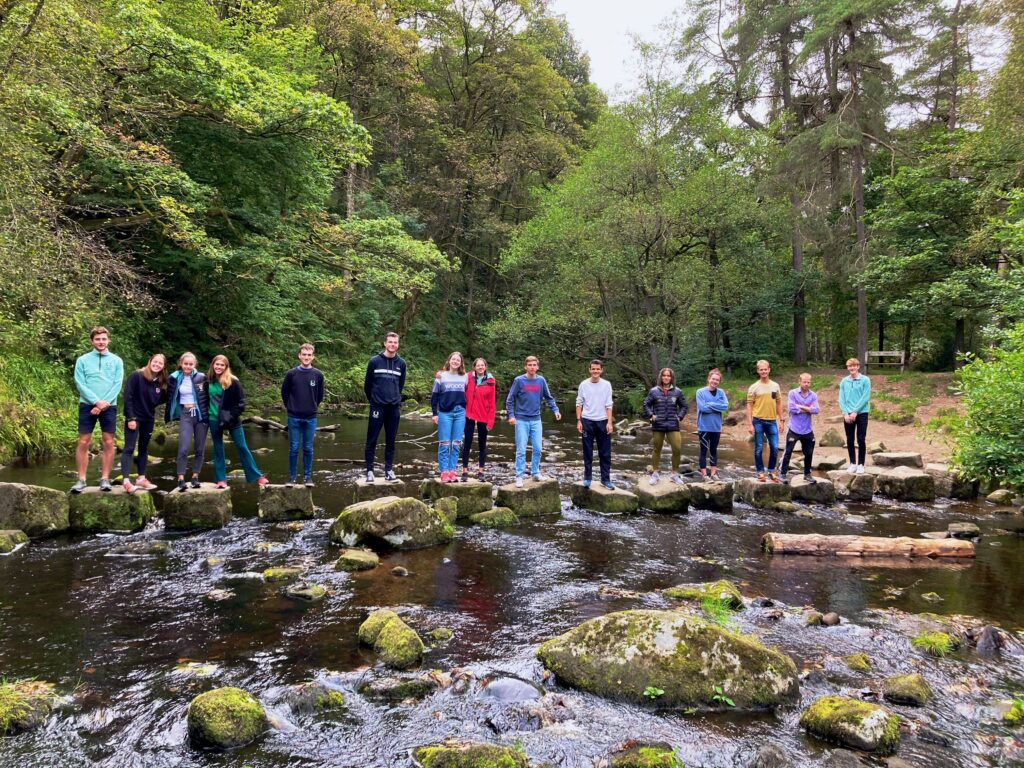 We arrived at Hebden Hey Scout Hut on a sunny Monday evening to be greeted with Em’ signature spaghetti bolognaise followed by a revealing game of Empire. We learnt that Jamie enjoyed a childhood of muddy bike rides and cross-dressing, Em is diagnosed with knobbly wrists and Thomas is unable to burp.

Tuesday morning was kicked of by our first session of the week: 2 minute reps on the towpath. After this, we stopped by one of Hebden Bridge’s many cafes to refuel. This was followed by a mild version of “Mental Night” in which the most unmissable content was Phil’s silent disco in the corner – a playlist lovingly created as a portrayal of JMass’ love life. 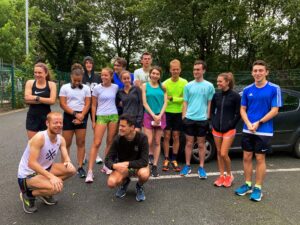 We hit off Wednesday morning with some steady hilly runs before descending on Hebden Bridge’s renowned pottery studio. Some impressive pottery painting skills called for an instagram poll to dictate the ultimate winner: Angus’s track plate beat Libby’s dog bowl 54% to 46% while Joe’s camper van triumphed over Phil’s car 64% to 36%. After thankfully not being poisoned by Angus and Henry’s chilli, we later played some group bonding games and got a fairly night in preparation for the session the next day.

The next day, the Harey Variant started to rattle the camp. Over 90% of Harey’s contracted the illness, but with a 100% survival rate, we decided there was no need for a vaccine. Despite the lagging morale, we hiked 449 feet of elevation to reach The White Lion pub. After some revelry and deep, meaningful conversation with the one and only coach Phil, we gained two arrivals (CUAC’s social sec & a triple blues team Aussie) and headed back to camp.

Friday brought with it more illness – we decided to combat this with a trip to a Japanese cafe followed by a walk into the woods which nearly involved losing Joe to a game of sardines with no mobile service or time limit. 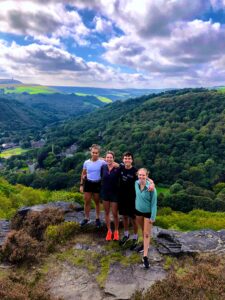 Saturday brought with it a treacherous hill session which wiped out all the remaining Harey’s that had previously escaped the cold. We then enjoyed Libby’s Toad in the Hole followed by the pièce de résistance: chocolate brownies. Then Mental Night ensued…. Highlights include Harey Direction, a heartfelt karaoke performance from Angus and Harry and the long-awaited masterpiece of Foundations sang by Libby and Iain.

The following day, the group was split by the hard and the hungover. Particular shoutout to James squared, Mac and Tom who ran to Burley (16 miles) before begging their way onto a train back. The group then started to desert camp leaving only the most hardcore of members. Faced by a dirty kitchen and much leftover food, we adopted a daring but effective technique. Eat a chilli and then finish of the remaining dairy supplies – a particular shoutout must go to Maia for getting through an entire tub of yogurt.

That sums up an amazing week away for the Hareys: filled with runs, roasts and revelry. Huge thanks to James for organising!!