Cuppers cross-country is the annual inter-college race and was the first chance to test the legs over a more traditional grass course after the fast and furious Freshers 5km. A large turnout of 54 runners from 22 different colleges escaped the Cambridge bubble on a coach to run the course at St Neot’s Priory park, which will also be the scene of the annihilation of Oxford in the Varsity II-IV’s match at the end on 24th November (remember the scene, save the date).

Ollie Fox and George Gathercole leading out the mens race.

40 runners ran the Mens’ 8km course, won by Ollie Fox (Robinson) in 26:39, from George Gathercole and Guest runner Josh Carr (one of our new vice presidents so deserving of respect even with his new haircut…). Robbo was also victorious in the Womens’ 5.5km race, with fresher Phoebe Barker taking the victory from Nancy Scott and Lauren Major in 19:46. Not only did Ollie win the race, but he is deserving of further mention for deciding on the final lap that the team would benefit from an extra hill loop, and so selflessly led the way on an extended course that those behind him grudgingly followed. 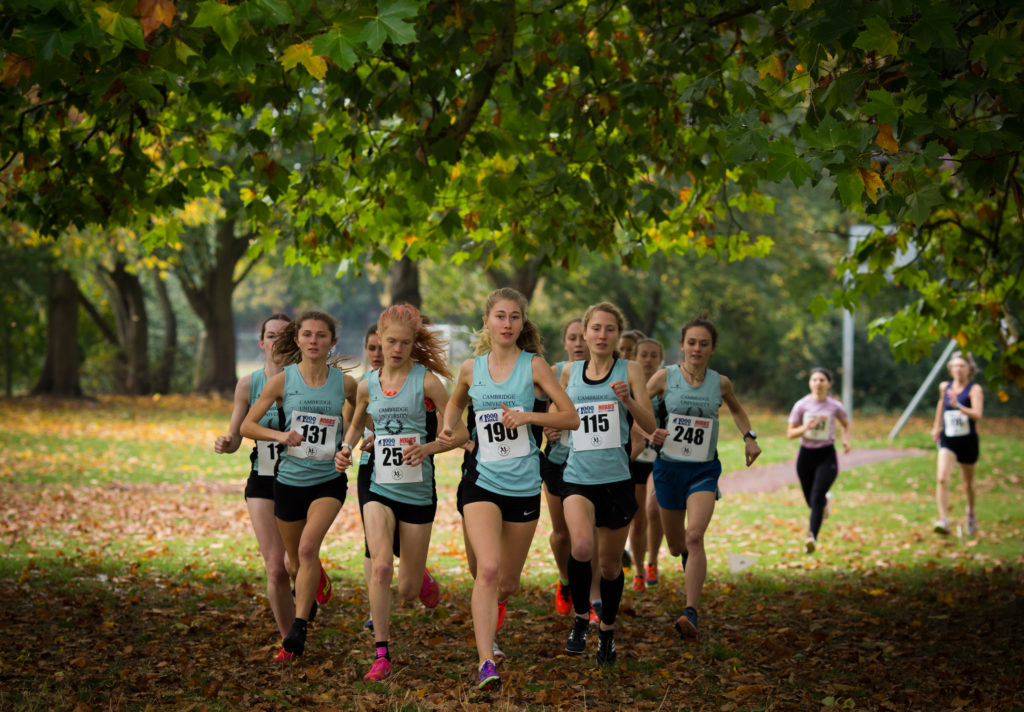 The team competition was decided on the largest number of runners in the team in both cases: Newnham won the Womens college competition and Pembroke won the Mens. Congratulations to both teams! With more fixtures on into lent term the college league title is still up for grabs.

Big thanks to James Ackland and Hamilton Allport, our college league organisers, and to Alan Turnbull for kindly marking out the course in the morning. Full results can be found here and photos on the Facebook page courtesy of Jose and Luke.

The next race this term is the RAF match on 27th October.