Phoebe Barker started her career with the Hareys in the deep end and was quickly exposed to the high standards we expect from our new recruits. Within a week of being in the Club she had overheard her first onion-related 111 call and had been lucky enough to witness a sub 3-minute kilo of peaches. This intensified Prabs insatiable taste for pushing her body to the limit and, once in Cambridge, our elegant “supper” eating blonde was tested in ways she could never have imagined. The second-year vet has already been elbow deep whilst rummaging through the rear end of a cow (she’s hoping she can get her shoulders in by the end of third year), so it’s safe to say she isn’t afraid of getting her elbows out and her spikes dirty. She has already taken an additional course in marketing to prepare her for a career selling chicken nuggets (that’s what vets do right??) and was awarded top marks for flawlessly selling fireworks to major event organisers.

Having previously represented Great Britain Juniors at the 2018 World Cross Country Championships, at both the 2017 and 2018 editions of the Great Edinburgh Run as well as being a member of the gold medal winning team at the 2017 European Cross-Country Championships, Feebow is one of our more accomplished athletes. Her other accomplishments include running Varsity with a broken foot (note we do not encourage this behaviour) and having an iron intake so large that we’re pretty sure she’s magnetic (demonstrated by her ability to attract anything called ‘George’).

It can’t be much of a surprise to Oxford that Fowbe has ended up as this years Ladies Captain. After all, if there is anything they have learnt in the last two years it is that Fibi loves a good captain . However, despite her previous fraternising with the enemy, we can confirm that Febee has changed her ways and is now focused on a Harey prize. This year Feibbi had a very successful Michaelmas term winning Freshers 5k, RAF match and Cuppers. After a brief stint on the side-lines (where we must say she made a convincing Chuggs Bunny – check out the 2021 BUCS cover photo #celeb) we have been delighted to see her back on top taking maximum points at the virtual college league 5k. We have no doubt that our ladies will be in the shape of their lives under Feowbe’s reign, in part because of her infamous circuit sessions but predominantly due to the new chocolate ban at ladies socials. 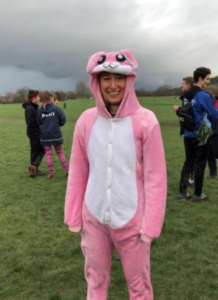 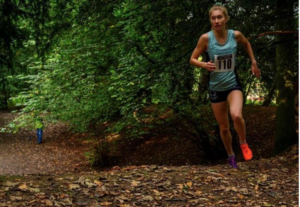