Now in his fourth year, Luke Fisher has been a committed member of the Hare and Hounds for many years. He is one of the old guard being called to serve once again, taking his customary several seats on this year’s committee as part of his long term goal to have performed in (or at least run for) every role available at some point in his degree.

Having cut his teeth as a Kit Sec noted for his admin and efficiency, Luke next served as Men’s Vice and a Boundary Run officer – duties that he performed with great commitment and ability. Though, as all the good things (and none of the bad) have since been retrospectively attributed to Pete Cameron, Luke’s only legacy from organising one of Cambridge’s top two marathons will be a *minor* car crash.

This year’s positions are ‘Press and Pub’ and the ‘Sponsorship and Alumni’ secretary and alongside his previous experience he is well suited to both. When not racing, Luke can often be spotted at many points around the course, camera in hand, ready to take the official CUH&H propaganda shots. As well as this, Luke is in possession of something that most can only dream of – a GoOd ReLatIoNShIp wItH MaRk HoOKwAy :O . Further to this already excellent publicity experience, Luke has also served as the face of Milky Bar since the 1960s, an impressive accolade for a man who’s only 14! You can certainly say that when Luke rides into town (he used to be a cyclist you know!), whip (on loan from Nancy) and milky bar in hand, things get done!

Importantly, Luke is also a committed athlete. He (and nearly all of his bones) is strong and tough! A long-time member of Tonbridge AC and part of their 2020 National XC-winning senior team, he has also performed well for the club at several Varsity Matches. Becoming part of such feats as his varsity vest wearing victory in the 2017 IIIs match and boarding the train that came agonisingly close to victory a year later in the seconds race has surely proven that only the best is good enough for this kid! In fact, having scanned the record books, the author can find no trace of Luke ever dropping out of a race. Besides captaincy, that is.

All in all, there can be no better or more qualified man for the job! 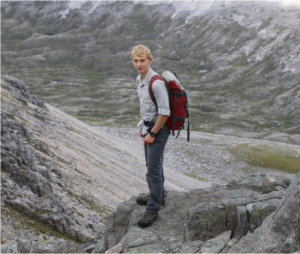